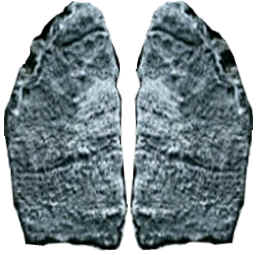 Game and Lesson Goal
1) To realize the importance of all the commandments.
2) To learn how Jesus responded to the Pharisees when they asked him which commandment was the greatest.

Set Up: Print out the Ten Commandments, below. Give one copy to each student. Have them cut the commandments apart along the dotted lines and mix them up.

How To Play: Tell the students to arrange the Ten Commandments in the order which they consider to be the most important, (from greatest to least). Allow the students the opportunity to explain why they placed them in a particular order.

Honor your father and mother.

Have no other gods.

Don't crave what others have.

* The Greatest Commandment game is exclusive to SundaySchoolNetwork.Com, and coordinates well with our God's Top 10 Bible curriculum.

The Pharisees, the religious leaders of Jesus day, were more concerned with man-made laws than they were with God's laws. They were upset that Jesus' disciples picked grain on the Sabbath and that Jesus healed a man on the Sabbath. The Pharisees didn't understand that God had set the Sabbath day apart for their own rest and refreshing. But instead, the Pharisees made up extra laws to try and teach the Israelites how to keep the Sabbath day holy. Some of these extra laws were ridiculous, if not impossible, to keep. In fact, one of the man-made laws said that if you spit on the ground and created a furrow in the sand, it would be considered farming, which is work, and therefore a sin.

The Pharisees wanted to turn the crowds away from Jesus. They were hoping to trick him into saying the wrong thing by asking him which commandment was the greatest. But Jesus knew what they were doing. He understood the purpose and the intent of the commandments. Jesus responded to the Pharisees by summarizing the entire Ten Commandments into two major categories: Loving God and Loving Others. This had always been at the heart of the commandments, yet the Pharisees missed this point.

The Pharisees didn't understand that the commandments were an expression of how God loves and cares for his children. For example, Why shouldn't we worship idols? Because God is the only true God and idols are powerless to hear us and help us. Why shouldn't we steal? Because God shall supply all our needs according to his riches in glory. Why should we keep the Sabbath Day holy? Because God knows we need our rest to do our best to love and serve him.

We can make a similar mistake that the Pharisees made by thinking that some of the commandments are not as important as the others. For example, coveting doesn't seem as bad as adultery, or murder doesn't seem as bad lying. But this would be equally wrong to assume. God says that if we stumble at any point in the law, we are guilty of breaking the entire law (James 2:10). The bad news is that we cannot be good enough, or try hard enough, to win God's favor. The good news is that Jesus died on the cross to take the punishment for our sins so we can be forgiven.

Optional: Have the students make a Ten Commandments paper chain. Staple the paper strip with the first commandment closed, then loop the second commandment through the first, and so on until all ten are looped together.