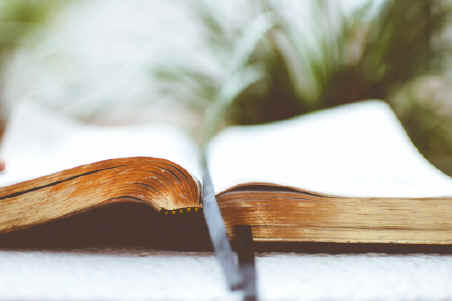 (The Hebrew Bible or Old Testament, is known as the Tanakh, which is an acronym derived from the three major divisions of the book "TaNaKh." The first division is the Torah. It is comprised of the first five books, known also as the Books of Moses or the teachings or law. The second division is the Nevi'im, for Prophets, and the third division is the Ketuvim, the Writings.)

Genesis is the historical prologue that introduces the Sovereign and the Subjects. God is introduced as Creator, Ruler and Redeemer or Rescuer or Restorer.

Exodus is the Covenantal Document that forms the family into a nation, and creates a nation without a territory. . .but a realm governed by Torah.

Leviticus tells how to restore and maintain relationship between a perfect God and an imperfect people. It is a book about reconciliation. It is a directive for worship.

Numbers resumes the narrative as prophesy and documents Gods faithfulness and Israels unfaithfulness. Israel had a spotty record of following God.

Deuteronomy is the updated constitution for life in the land. It is a key to understanding the ministry of Jesus. It is a series of five speeches by Moses on the plains of Moab, when Israel was preparing to enter the Promised Land. The Exodus generation had died out and Moses was instructing the people how to live in the Promised Land.

God asks, Why have you done this? The prophets and prophesy document and prosecute Gods case against Israels covenant unfaithfulness. The prophets prosecute the case, on the basis of the covenant stipulations and promise a blessed future or warn or threaten a dark future based on the covenant sanctions of Leviticus 26 and Deuteronomy 28. (Jesus miracles can often be seen as the sovereign administration of these covenant sanctions of blessing and curse.) The message of the prophets, particularly the writing prophets, issue a call to repentance based on Leviticus 26:40, calling on those with ears to hear to repent and confess and seek restoration of their relationship with God.

The former prophets, Joshua, Judges, 1 and 2 Samuel, and 1 and 2 Kings document the relationship and application of the TORAH to the relationship. Israel is indicted and convicted for breaking covenant. In Judges 2 the Angel of the Lord, the pre-incarnate Christ, prosecutes the case against Israel. In Judges 6 the Prophet stands in the place of the Angel of the Lord as the Prosecutor of Gods complaint against his people. The prophets bring Gods message to the people and play the role of prosecutor. The former prophets act as court stenographers, but in 2 Kings 18 there is a change in covenant diplomacy. A direct appeal is made by the Great King to the people, rather than simply calling the vassal king to account. God's message is "Your king will lead to your destruction, but to those who will listen, be reconciled to me before judgment comes."

The writing prophets do not address all of Israel, but speak only to a remnant. This message to the remnant from the prophets is written in poetic, musical language that may be sung so it reaches the hearts of the remnant. Their writing is in sermons, ballads, and anthems to the remnant. The prophets speak of waiting on the rescue and the future of the remnant, but judgment to the masses. Isaiah 40 writes of Gods return in glory and first mentions good news in Isaiah 40:9, see also Isaiah 52:7 and 61:1.

Israels response is found in the wisdom books of Job, Ecclesiastes, Psalms, and Proverbs.

Teach the the books of the Bible to kids using Bible Stack-O!

You can make a difference!
Your donation to the site helps us distribute our ministry resources to churches across the world.

Photo by Ben White on Unsplash.