Ordinary Time, Not So Ordinary 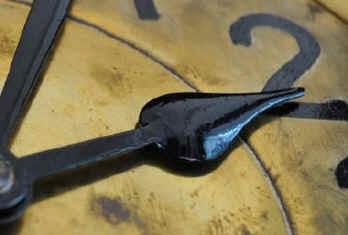 In the Church liturgical calendar, Ordinary Time, meaning "time through the year," begins after the Ascension of Christ and the outpouring of the Holy Spirit on Pentecost. It is also known as the Season of the Trinity. The liturgical color is green, the color of life.

Following the Ascension of Christ to the right hand of God—the enthronement of Jesus as King of Kings and Lord of Lords—Jesus pours out the Holy Spirit on Pentecost, one of the Israel's special Feast Days. Jesus is pictured as reaping a harvest, a kind of firstfruit of the ultimate harvest on the Last Day. On Pentecost—through the instrument of the Apostles' preaching—a harvest of 3000 souls are added to the Church; a reversing of the sad story of the Golden Calf on that first Pentecost at Mount Sinai and the loss of 3000 (Ex 32). It represents the ordination of all believers in Messiah as priests, and the reversal of the truncated priesthood limited to the tribe of Levi—a sad consequence of Israel's unfaithfulness with the Golden Calf.

Today, every believer is ordained to be a priest of God, an intercessor, a conveyor of His presence and glory and word to the earth. Ordinary Time or the Season of the Trinity, is as Luke implies in the opening verses of the book of Acts—all that Jesus continues to do on the earth after He ascended into Heaven to rule—until God has put every enemy under His feet—at which time, history, as we have known it, will end. The Son will turn the Kingdom over to the Father, what theologians call the Eternal State (1 Cor. 15:20-25). So Ordinary Time is what others have called A.D. anno domini—in the year of our Lord's reign—meaning in the year of King Jesus' reign, which, of course, is anything but ordinary!

The reign of Jesus is marked by a continuing amnesty to all who repent. If a former enemy of Christ will hear the Good News of Christ's reign and repent of their rebellion, the King will receive them, forgive them, adopt them, ordain them and empower them for ministry. This amnesty will continue until Judgment Day at which time the great separation will take place and the sheep and the goats will be separated as Jesus describes in Matthew 25.

During this period, those who die in Christ pass immediately from this life into the presence of God as their souls and bodies are separated until the great day of the Lord in which their bodies will be raised unto eternal life (2 CO 5:6-10).

The New Testament has much to say by way of assurance of the hope of Heaven being only part of the hope offered to believers. Ultimately our enduring hope is the hope of the resurrection of the body unto eternal life (1 CO 15:51-58). See these scriptures and reflect on the hope Jesus has left for us in this time—not so ordinary after all!

Teach children about the Feast of Shavuot, also known as Pentecost.


You can make a difference!
Your donation to the site helps us distribute our children's ministry resources to churches across the world.